My freshman year did not even start as planned. The sorority recruitment and finding a place where I belonged that I had dreamed about didn’t quite live up to its standards. I also started worrying right away because I had no clue what I actually wanted to do, and even in the first weeks of school, I felt this pressure to figure it out. If I could go back I definitely would have looked at all the different majors that were open to me, and I would not have trusted a woman who gave me a suggestion on what I should be 5 minutes after meeting me. I maybe knew deep down what was important to me, what I valued, and what I liked. But, I didn’t really have the courage to put that at odds with what I thought people expected of me.

My freshman year was not the type of college experience I had dreamed for myself. I felt extremely alone that year. I knew part of my belief systems, but I also knew what people around me wanted and what they expected of me. I had so many different masks of different me’s it was really difficult to keep track. By this point I had changed to become an education major, and not that I didn’t like it, but it did not bring joy and it did not come naturally to me as it does to so many wonderful educators. But, it took me a while to realize that. So, while I was till figuring things out, I did know that if I was going to teach I wanted to be able to have the opportunity to be a christian schools educator if I wanted. So I transferred schools.

My sophomore year brought some friendships that were amazing in that season. They pushed me to think me, to learn the truth behind the opinion, and actually start to figure out what I wanted. It was those friends who actually helped me realize my dream of this blog. My sophomore year was also tough because I did not have as much of a church community that I was starting to grow, because I was further away. But, I also had bilateral leg surgery in November of that year, and that became very physically and emotionally draining. I think then, it started to be the turning point I think I had to go back to a lot of the ways I had first started a relationship with the Lord. And I think having to rely on Him more again made it easier to see the truth. I started questioning more of what I was actually good at, what I actually wanted, but it also did not seem all that feasible.

The summer in-between my sophomore and junior year I finally decided that I was going to change my major. After some wisdom from my aunts and my grandparents I finally decided to stand up for what I wanted. I knew more than that I wanted to write and that I loved history so why not study both. If I had stayed at the school I was at I could have gotten a history and journalism major, with a minor in business and still finished on time with my degree. But, when I finally discussed this change with my parents it was clear I need to go back to UNL. And I think God had me in the right place in some ways. 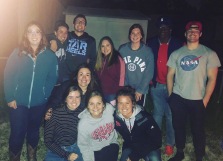 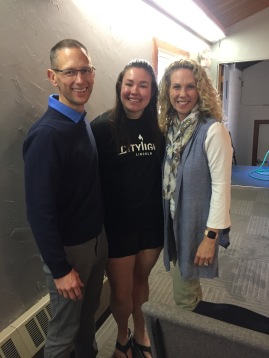 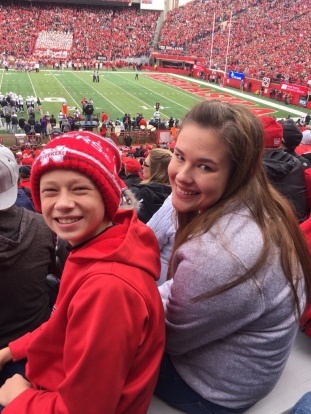 My junior year and the rest of college maybe did not give me exactly what I wanted to study. And maybe I also didn’t get involved with more of the things that I wish I would have earlier. But, that year and from then on God gave me community and people that would push me to be better and helped me to solidify my beliefs. My junior year was quite the change. I had a church family I loved, and I started to get more involved. However, I was living alone, and not everything I was doing was I enjoying that much. My junior year the goal was simply to accomplish school. 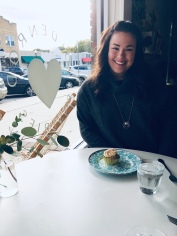 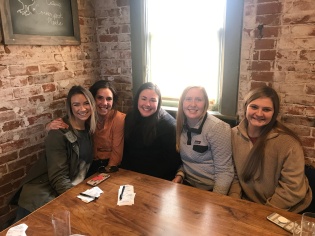 Going into my senior year I was just deciding to finish. I was more excited about where I was living and who I was living with. I was also excited about an internship I had first semester and the community I had. However, some of that wasted away more when I was actually forced to reevaluate those true dreams of what I wanted.  I came back to the idea of writing more and my love of certain things. However, I knew that I needed some type of job after I graduated but, I did not know exactly what that could be.

I have started to figure out, now that I am graduating what I actually dream. What I dream of doing. There is obviously a sense of reality that also sets in. My dreams may not take off, or they might take more time, but I will at least work towards them. What I do in the meantime might not be what I dream of, and I honestly don’t think that it will be everything. This season in general, graduating admit a pandemic, and finding a job during all of this is difficult; but it has given time to reflect on the things that have happened, the things I wish I could have changed, but also the things God has done.

Now everything might not happen in the straight line we plan, and we might change our plan, I might end up doing nothing related to my degree; but I do know that God will be faithful and good through it all. And to all my fellow graduates in this Class of 2020, what I encourage you to do is to use the gifts you have been given, find your dreams within them, and go after them while always listening to what the Lord may call you to next. His plan is far greater than ours.

One response to “Class of 2020-College Graduation Thoughts”